The Bryn Mawr performance venue where the likes of Bruce Springsteen, Bonnie Raitt and George Carlin got their start will finally get its due. Local fans of the once nationally famous “Main Point” plan to forever memorialize its location on this 40th anniversary year since its closure.

“The Main Point closed in 1981,” says Bryn Mawr resident and campaign organizer Michael Curry. “Now, 40 years later, we are looking for at least 40 people willing to donate at least 40 dollars each to forever mark the location that had monumental impact on a generation of performers and fans alike.”

As an ardent fan who passes the former location regularly, Curry thought to reach out to Steve Bajus, of SW Bajus Ltd., the owner of the property. Thankfully, Bajus became an enthusiastic supporter. The plan is to recognize the building’s amazing entertainment history with an appropriate cast iron plaque to be affixed to the exterior of the building. This way, all who pass by can see where so many “greats” got their start, right in Bryn Mawr, PA.

Tom Kelly, Chairman of 501c3 non-profit Kelly Music for Life is supporting the fundraising effort. “In the 1970’s I drove past The Main Point every day commuting from home to high school at Archbishop Carroll and to college at Villanova,” says Kelly.  “The names of coming shows posted in The Main Point windows were unknown to most of us at the time.  Many went on to become superstars.”

One major backer of the project is Larry Ahearn, well-known musician, manager of Craig Bickhardt and co-owner of Trespass Music Agency, who got his business start by booking shows and also performing at The Main Point. “My years playing and booking shows at The Main Point are some of my most cherished memories. At the time we had no idea how influential the venue would become. We just had a wonderful time hearing so many fabulous shows that I was thrilled and privileged to have a hand in. I think it is both fitting and wonderful that The Main Point will have this permanent recognition.”

Thanks to all of the music lovers that made our campaign a success! 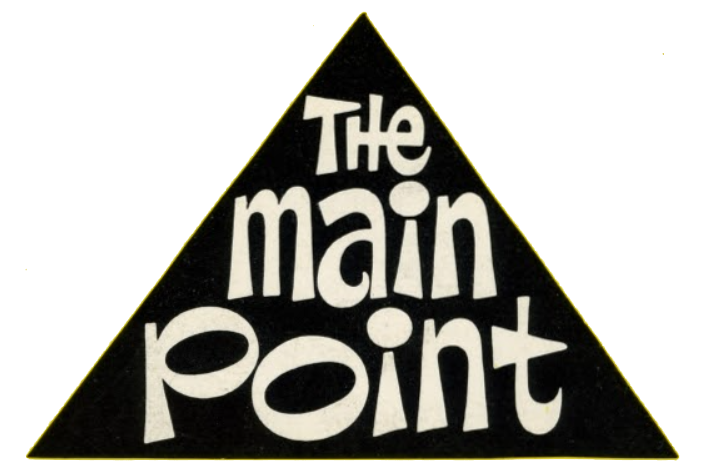